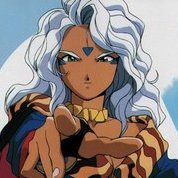 Hello everyone! This topic is dedicated for answering reviews (as I cannot post replies directly there), as well as any other feedback someone wishes to give for my story. The Vain Rose's garden is

Thank you very much! I must admit that it took me way longer than initially anticipated to finish this chapter, especially as I had to a few modifications here and there several times (which only made

Been reading and really enjoying this. Tell me, would any of the goddess' angels be getting involved in the fun as well? I noticed in the first chapter about how seeing Gorgeous Rose was also making K